The Best Thai in Siem Reap

Thai food has become well-liked by many people around the world. Siem Reap has many Thai restaurants, serving authentic Thai cuisines. We have some great and exclusive special offers so you can save money on your meals. 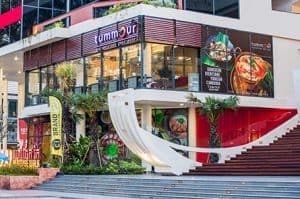 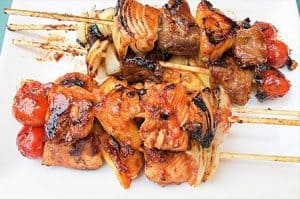 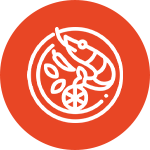 Thai food has become popular throughout the world. It’s no wonder that Siem Reap, a city who sees a high influx of tourists annually, has decided to cater Thai food in restaurants and eateries along with authentic Khmer dishes, Asian dishes, or Western cuisine. The best Thai restaurants in Siem Reap focus on fresh, quality ingredients and evoke the Thai spirit through carefully prepared Thai meals, all retailed at affordable prices, unequalled anywhere in the world.

Chicken Satay is a favourite Thai food because it’s filled with protein and nutritious. After a day roaming through the temples of Angkor Wat, Chicken Satay makes for a delicious and fragrant lunch, although many Thai restaurants serve it as a starter.

The pieces of chicken are marinated in a curry-based paste with coconut milk, salt, and sugar, then cooked over charcoal and placed on skewers.
The peanut dipping sauce is the cherry on the cake, as it’s made with coconut milk, vinegar, curry paste and pure peanut butter. Classier Thai restaurants in Siem Reap will serve a pure peanut butter-based sauce, which is thinner and better for dipping.

Chicken Satay goes well with coconut rice, which adds an exotic flavour to the mix of already aromatic ingredients.

Noodles are the backbone of Thai cuisine and so there are various meals that use noodles as their primary ingredient. However, Pad Thai Noodles are at the top of the most popular noodle-based Thai dishes because they’re mouth-watering, easy to make and fit a variety of other dishes.
You can find different ingredients for Pad Thai noodles, which fit both vegetarians and non-vegetarians. Thai chefs in Siem Reap use about forty different ingredients, such as chicken, shrimp or tofu, aromatic vegetables like green sprouts, garlic, and onions, plus spices that include ginger, brown sugar, and cayenne peppers.

As you can see, Pad Thai noodles are an explosion of contrasting flavours and tangs, wrapped in an easy-to-make, noodle-based dish.

Tamarind Duck is a colourful, nutritious and healthy dish. The bed of pak choi is a traditional Thai vegetable, which gives you a bunch of important vitamins and minerals.

The duck breast is succulent and has a soft texture, especially if the chef in your restaurant prefers to smoke it. Grilled duck breast is equally enticing, although it has a crunchier texture.

Dripping over the duck breast is a tasty Tamarind sauce that mixes two contrasting tastes: sweet and sour. Fine-dining That restaurants in Siem Reap will use homemade Tamarind sauce, which is fresher and therefore tangier.

Tom Yum is synonym with Thai cuisine, originally from Central Thailand. This soup is probably the best in the world, especially if you sample it at one of the best Thai restaurants in Siem Reap.

Tom Yum is a healthy lunch alternative, featuring ingredients like broth and fish sauce famous for their immune properties, kaffir lime leaves and lime juice which boasts important vitamins, as well as galangal and chilli peppers.

Tom Yum is a colourful, nutritious dish you can serve for lunch or as an appetizer before a more consistent, meat-based main course.

This delicious, sweet dessert is easy to make and it’s similarly prepared to other Thai desserts. Expert chefs will use Nam Wah bananas that haven’t ripened completely, cooked in coconut milk.

Kluay buat chee has an interesting name which means “in nunhood”. After it’s bathed in coconut milk, the bananas become entirely white, a colour that represents purity in Buddhism and various other religions.

This website project has been temporarily suspended. During Covid-19, many restaurants in Siem Reap have gone out of business. All promotions featured on this website are now out of date. We will resume this project when the Covid-19 pandemic has passed.

Thanks for your understanding.