Soup restaurants in Siem Reap are a top choice for tourists who want to enjoy a light, yet nutritious meal for breakfast, lunch or dinner. We also have exclusive special offers and deals to help you to save money. 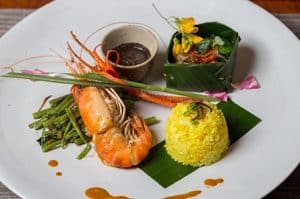 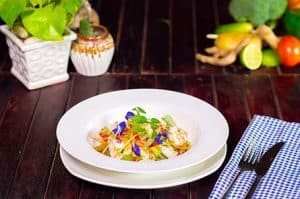 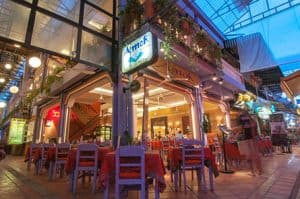 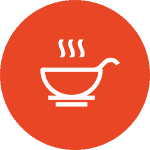 Enjoy traditional Khmer soups with a wide array of choices, prepared with fresh ingredients, contrasting textures, and exquisite aromas. Cambodian soup holds many secrets, so let’s see if you can find something you like.

Most soups are served for breakfast in Cambodia, but local working people can’t start their day without Kuy Teav. This meat noodle soup is filled with nutritious ingredients that give you energy for the whole day. Based on pork broth and long-grain rice flour noodles, Kuy Teav also includes rice wine, fish sauce, and soy sauce.

Some restaurants serve Kuy Teav with a side garnish from beans, eggs, scallions, and meat, while other restaurants mix the soup with the garnish. While this is the base recipe, you’ll find many variants of it across the country. In Phnom Penh, for instance, Kuy Teav can contain pig blood as well as pig heart or liver. Other variants use chicken or seafood instead of pork broth as a base, and you can add chili pepper to spice up your soup.

Samlor Machu, the Khmer name of this dish, is roughly translated as sour soup. The translation doesn’t do it justice, though, considering the soup itself is not extremely sour, but rather boasts a mix of flavors. As such, Cambodian sour soup is at the same time sour, sweet, mildly spicy and salty without aggressing your papillary glands.

Soup restaurants in Siem Reap serve sour soup in different ways, using all sorts of fresh, quality ingredients. The most usually used ingredients are local herbs, vegetables, chili, sugar, meat and fish sauce. You can buy beef, pork, chicken, fish or shrimp-based sour soup. The herbs that give it its unique flavor are lemongrass, lime, galangal, tamarind, and cilantro.

There are over ten variants of Vietnamese Pho, but the basic ingredients are rice noodles, broth, beef or chicken meat and some herbs. Vietnamese Pho is a perfect soup for lunch or dinner because it’s such a consistent dish. There are various street food stalls in Siem Reap that sell this sort of soup, though you can try it at one of the local restaurants.

Vietnamese Pho is eaten with various garnishes, but typically greens and veggies, plus lots of sauces and herbs. A touch of lemon or lime can make it taste better, or you can try adding chili peppers to it. Bean sprouts, onions and basil make for great garnishes as well.

If you’re on the go and want a quick soup that refreshes you and fills you with vitamins and other important nutrients, the coconut shrimp soup is a perfect choice. The soup is aromatic and tangy, with an earthy taste thanks to ingredients like turmeric, ginger, garlic, kaffir lime leaves, and lemongrass.

The soup is consistent, based on a stock like fish or chicken meat, plus shrimp and fish sauce. The full-fat coconut milk adds to its consistency, while the vegetables and beans enhance its taste and make it more nutritious. The secret of its sweet taste is the added brown sugar, plus the basil leaves render the soup truly aromatic. Some restaurants serve it with white rice on the side.